Every 2 minutes, a women dies from cervical cancer.

Cervical cancer is a preventable disease, in fact it is only one of a handful of cancers that we understand fully.

According to the World Health Organisation (WHO), almost 90% of global deaths occur in low and middle income countries.

What is cervical cancer?

Every year over 600,000 women are diagnosed with cervical cancer and more than 300,000 die from this disease1. Without comprehensive control measures, cervical cancer incidence and mortality rates are expected to worsen. 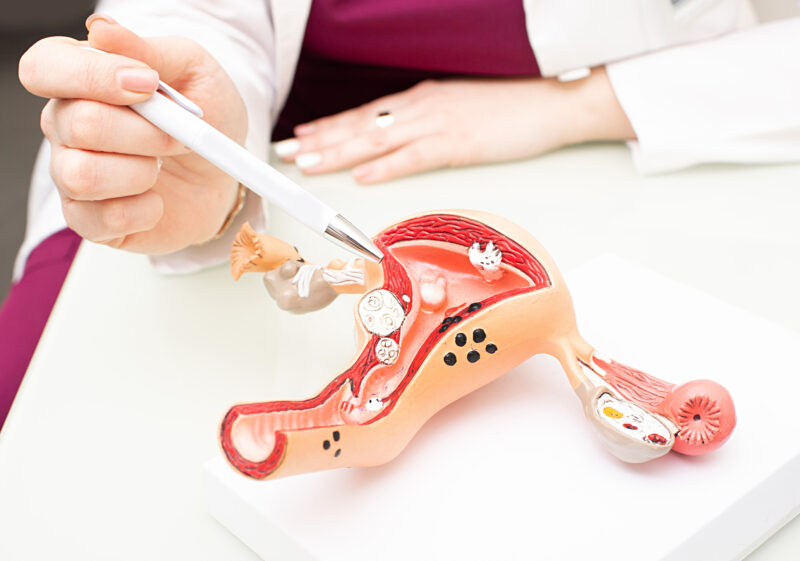 Cervical cancer is the growth of abnormal cells in the lining of the cervix.

Cervical Cancer is the fourth most common cancer in women worldwide and 90% of cases are found in low and middle income countries (LMICs)2.

If early changes in cervical cells are detected through screening programmes, cervical cancer is curable. However, if undetected until late in its clinical course, it has a high death rate.

Cervical cancer develops slowly and is strongly linked to human papillomavirus (HPV) infection, HPV is found in 99% of cervical cancer cases. Pre-cancerous cervical cells may not cause symptoms and by the time symptoms become apparent, it is often too late for treatment – particularly in resource-poor environments.

Progression of HPV infection to cancer is slow, generally taking more than 10 years. Although invasive cancer is most commonly seen in women aged over 45 years, the precursor changes are detectable much earlier through routine screening.

Some countries with effective screening programmes have reported significant reductions in the burden of cervical cancer5.

A Pap Test, also known as a Pap Smear, is a conventional cytology method of screening that looks for cell changes in the cervix.  A Pap Test involves a doctor scraping a sample of cells from a patient’s cervix. The sample is then sent to a laboratory to be tested for the presence of abnormal cells.

Invented in the 1920’s Pap Tests have long been considered the golden standard in cervical screening and were a significant breakthrough in women’s health. Although critical in the creation of cervical screening programmes, Pap Tests are starting to be phased out and replaced with newer methods.

Liquid Based Cytology (LBC) is a newer variation of the conventional Pap test. The cervical cells collected at the point of screening are suspended in liquid. This liquid sample is then sent to a laboratory where it is flited to remove unnecessary material and examined under a microscope.

Due to the known relationship between persistent infection with high-risk (oncogenic) types of HPV and the development of cervical cancer, testing for the presence of these HPVs can identify women at an increased risk of developing cervical cancer.

In HPV DNA testing, a patients cells are examined in a laboratory for the genetic material of specific high-risk oncogenic HPV strains. If evidence of HPV is identified, HPV genotyping will be performed to determine the specific strain causing the infection.

HPV DNA screening is most often accompanied by triage testing as the presence of HPV does not necessarily mean the patient has any pre-cancerous or cancerous changes on her cervix, only that she is potentially at risk. This means if a patient who is screened with HPV testing is found to have a high-risk HPV strain, she will often need to then undergo further screening tests to determine the next steps and minimise overdiagnosis. Australia’s National Cervical Screening Programme uses LBC to triage HPV-positive women. Using LBC to triage this population increases the cost of screening but can significantly reduce over treatment by minimising referrals to colposcopy when compared to HPV DNA testing alone3.

Although HPV DNA testing has started to dominate modern screening guidelines in high income countries, it is a quite expensive process that will not be affordable for population based screening in many LMICs.

Visual Inspection with Acetic Acid (VIA or VIAC) are commonly used in remote or low-resource settings.

VIA begins with the cervix being swapped with a solution of dilute acetic acid. The solution interacts with the cells on the surface of the cervix, this reaction is then visually inspected. In VIAC once the visual inspection is complete a camera with a special lens is used toe photograph the cervix to help identify the presence of abnormal cells.

VIA and VIAC are relatively inexpensive methods and provide immediate results. However, they are relatively non-specific and have low sensitivity. VIACs are extremely reliant on the training of the clinician performing the exam.

TruScreen resolves many of the ongoing issues with conventional screening methods. The TruScreen device offers the latest technology in cervical cancer screening, providing real-time detection of pre-cancerous and cancerous cervical cells to help improve the health and well-being of women around the world.

TruScreen uses optical and electrical signals to measure a patient’s cervical tissue, this means during the examination no tissue samples are collected. Once the screening is complete the AI-enabled algorithm will analyse the patient’s tissue measurements and provide a “normal” or “Abnormal” result in real time. The portable device is completely independent of any laboratory facilities and is easy to use with minimal training lowering the cost to both the system and the patient.

TruScreen has been clinically validated on tens of thousands of women, in multiple settings, around the world.

Learn more about the TruScreen method. The WHO strategy requires three targets to be met by every country by 2030:

The strategy,  Accelerating the Elimination of Cervical Cancer as a Public Health Problem, is designed to advance women’s health, strengthen global health systems and place countries on the road to eliminating cervical cancer.  This is the first time the world has had the evidence, capabilities and cooperation to enable the elimination of a major cancer.

In addition the the elimination strategy, WHO updated its cervical cancer screening and treatment guidelines in 20211.

The new guidelines provide updated estimates for the global burden of cervical cancer.

“In 2020, an estimated 604,000 women were diagnosed with cervical cancer worldwide and about 342,000 women died from the disease. Cervical cancer is the most diagnosed cancer in 23 countries and is the leading cause of cancer death in 36 countries. The vast majority of these countries are in sub-Saharan Africa, Melanesia, South America, and South-Eastern Asia.”

Most importantly the updated guidelines clearly stated the conventional screening methods have not been successful in LMICs.  These regions will need to adopt innovative screening methods if they are to meet the global WHO targets. TruScreen’s breakthrough cervical cancer screening device is a viable and attractive alternative to traditional cervical screening methods. The TruScreen device resolves many of the ongoing issues associated with traditional methods, such as PAP or cytology, including failed samples, poor patient follow-up, patient discomfort, and the need for supporting laboratory infrastructure.

As TruScreen’s results come from an objective, self-checking digital system, they are free of the highly subjective human judgment required for cellular diagnosis on conventional screening methods, such as Pap Smears.

The TruScreen device has been clinically validated, with large clinical studies including well over 20,000 women in multiple settings.* 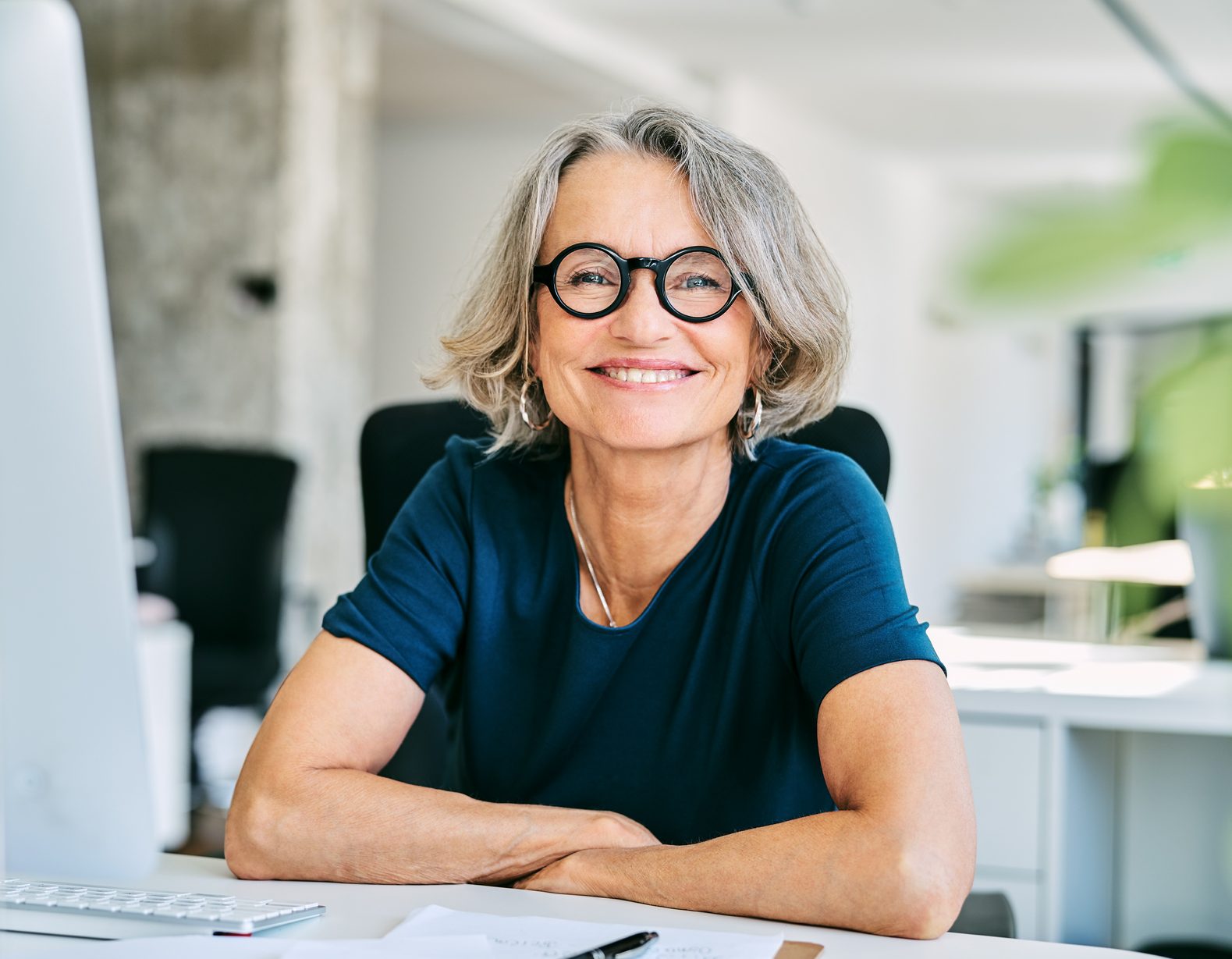